Recently, Transform Consulting Group blogged about how revenue diversification may be the key to lessening future losses in times of economic difficulty. As we discussed, a detailed Fund Development plan should include funding from many different revenue sources or “buckets”. Fundraising events should be one of your organization’s “buckets” of revenue. One of the benefits of this funding source, unlike grants or fees-for-service, is that there are usually “no strings” attached to this funding source. As a result, an organization can use this revenue to pay for indirect and administrative costs like staffing, technology, or perhaps other infrastructure needs.

Successful special events not only raise money, but also create publicity, attract members and volunteers, engage and recruit board members, educate and enhance relationships both in the community and with sponsors, and hopefully turn special event participants into long term donors. With fundraising events, several focus on raising a small number of large gifts. However, a large number of small gifts can also have a meaningful impact. Think of the last Presidential election and all of the $25 individual donations that were collected, resulting in significant campaign funds. Participatory fundraising involves many people participating in a single or series of events to raise money for an organization. Are participatory events part of your fund development plan?

Participatory fundraising is hard work, and can be an organizational challenge. Track staff time and other costs to ensure a positive return on investment (ROI). Some widely known and successful special events held by local nonprofits include: 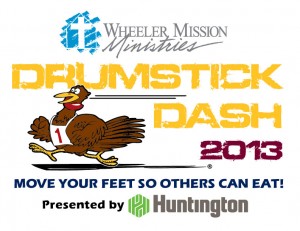 These are just a few examples of participatory fundraising events! Be creative and think about what kind of activities your supporters are interested in. There are many ways to set up a participatory fundraising campaign for your organization. Need help with Fund Development or Event Planning? Transform Consulting Group knows how to make your organization successful. Contact us today for a free consultation!