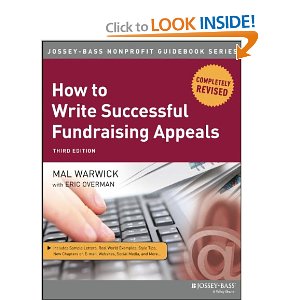 Last month, Transform Consulting Group blogged about the reasons snail mail is still a relevant fundraising channel. However, fundraisers can no longer afford to have separate approaches to their direct-mail and online appeals and are turning instead to integrated fundraising.

Integrated fundraising extends beyond having a consistent brand and message across channels (although that is an important first step). True integration drives prospects and donors through a strategic engagement process where each action in a given communication channel informs and reinforces what happens next in another channel. It’s not simply a buzzword; integrated fundraising reaches more donors and raises more money.

Sending isolated appeals through direct marketing or email doesn’t work as well as it used to. Sending appeals through multiple channels that feature the same message brings stronger results.

Mal Warwick is author of the just-released third edition of How to Write Successful Fundraising Appeals. He highlighted some important points about integrated fundraising in a recent webchat featured by the Chronicle of Philanthropy: